The Wonderful World of Grymoire Shines in New E3 Trailer

The newly released English-language trailer offers fans a fresh glimpse of the game, featuring iconic FINAL FANTASY® monsters and adorable heroes. The trailer expands the FINAL FANTASY universe for a new generation of players while also providing long-time players a nostalgia-filled journey to the series’ roots.

The new E3 trailer may be viewed on YouTube: https://www.youtube.com/watch?v=QNMey5SKKkc. 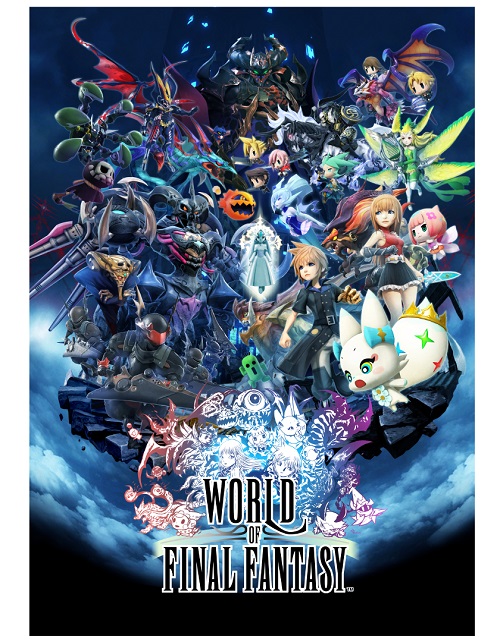 All other related assets can be found on the press site: press.na.square-enix.com.

In WORLD OF FINAL FANTASY, players lead a pair of twins, Reynn and Lann, through the land of Grymoire on a search to rediscover their lost memories. Throughout their adventure, players will collect, raise and battle adorable beings of classic FINAL FANTASY lore, including cactuar, chocobo® and behemoth, to create customizable, strategic tower combinations to take on the most challenging of opponents.

About  WORLD OF FINAL FANTASY:
WORLD OF FINAL FANTASY, a brand-new title in the FINAL FANTASY franchise, combines classic RPG gameplay mechanics with fresh and imaginative toy-like visuals to welcome both fans and newcomers to the series. Players will lead a pair of twins through varied FINAL FANTASY worlds and capture and raise such adorably familiar beasts as cactuar, chocobo® and behemoth to discover alternate forms and learn new abilities.

Fans who preorder the day one edition of WORLD OF FINAL FANTASY will receive the legendary Sephiroth as a summon to aid them in battle. This title is not yet rated. Please visit the Entertainment Software Rating Board (ESRB) website at www.esrb.org for more information about ratings.

WORLD OF FINAL FANTASY
Trailers/videos on this page may only be displayed behind an age-gate that: (1) is age-neutral (i.e., requires the user to input their date of birth or select it from a drop-down bar; (2) employs reasonable technical measures to keep underage users from re-entering their age after initially being denied access; and (3) does not display any ESRB rating information on the video player or the age-gate itself. Failure to implement these requirements may jeopardize your ability to obtain material of this nature from us in the future.
This is taking longer than usual to load.
Close